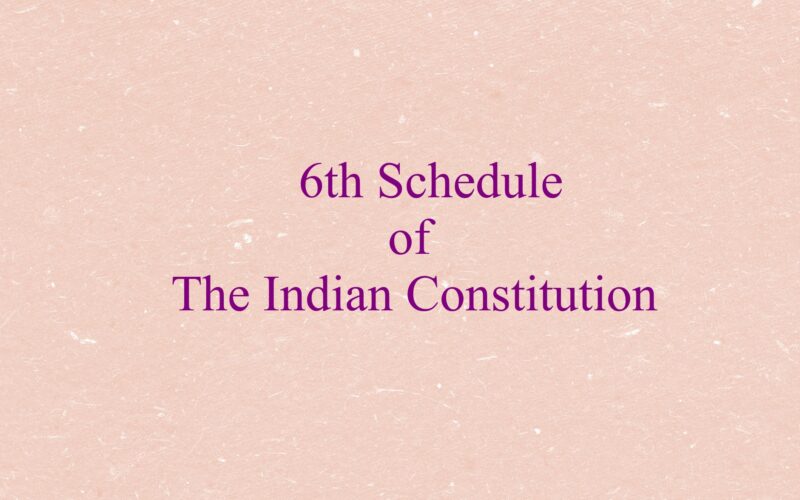 Part X Of The Constitution Of India

The Article 244 A under its clause 1 makes up an autonomous state in Assam by law comprising of the tribal areas mentioned in the Part 1 of the Table under the “Sixth Schedule of the Indian Constitution”, further the sub clause (a) and (b) says to form a body which can function as a legislature or a Council of Ministers or both having its own constitution, powers and functions as specified in law.

Further in its clause 2 and the sub clauses, it specifies the laws referred to in clause 1 shall be under the state list or the concurrent list or otherwise define its own executive powers in comparison with to that of state of Assam.

Further the clause 3 mentions that any amendment to laws relating to or made under the sub clause (a) or (b) will not come into effect until passed in each Houses of Parliament, further the fourth and the last clause specifies that any such law as referred to in this article shall not deem to effect or amend the constitution for the purpose of article 368 of the Constitution of India which gives the sole and supreme power only to the parliament to amend the Constitution of India, by law.

Part XVI of the Constitution of India (SPECIAL PROVISIONS RELATING TO CERTAIN CLASSES) has 16 articles, but we will only be talking about 5 articles related to the administration of scheduled and tribal areas specifically Articles 330, 332(I), 338, 338 A and 339. 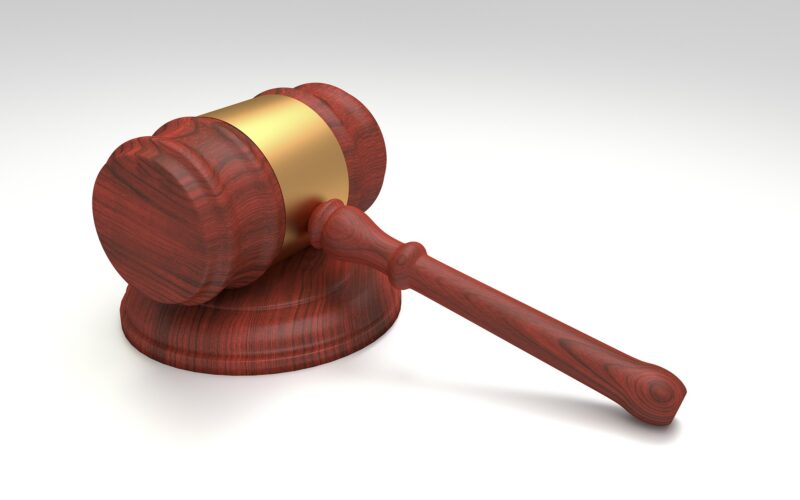 Article 338 and Article 338 A establishes a National Commission for Scheduled Castes and Scheduled Tribes respectively, both the commissions investigate and monitors related to Safeguards provided for scheduled castes and tribes, they inquire into special complaints which are for deprivation of rights and safeguards, they have a major role in determining the planning process of socio-economic development for such classes, they also present their reports to the President and recommend further for development, lastly the Union and the State Governments also discuss upon policies relating to scheduled castes and tribes with the commission.

Further, Article 339 under its first clause gives the power to President to any time call a commission to report on the welfare of Scheduled and tribal areas and shall necessarily call it after 10 years of the commencement of the constitution, and such a commission has been so far established and called upon only two times, the first one was in 1960 which was necessary and the second was in 2002.

In its second clause, it gives power to the Union Government to direct state governments for implementing recommendations given under the report, the directions were successfully given for the report given by 1960 commission in 1961, but for the commission that was called in 2002 by the NDA government, it gave the report in 2004, by when UPA government had taken the control.

6th Schedule of the Indian Constitution

In the 6th Schedule of the Indian constitution, we will be specifically talking about the administration of the scheduled and tribal areas of 4 states, specifically Assam, Meghalaya, Tripura, and Mizoram.

The Para 4 talks about justice in the autonomous districts and autonomous regions, for which the regional councils and the district councils shall establish courts or appropriate institutions to deal with the suits and cases except those lying under the subject of Sub Para 1 of Para 5 which shall be dealt by the High Court or the Supreme Court.

The Para 5 gives the power to the district councils or the regional councils to rule upon matters also related to the bare acts which are Civil Procedure Code (CPC), Criminal Procedure Code (CrPC) and the Indian Penal Code (IPC), and the laws applicable to the autonomous districts and regions; but it is up to the Governor if he/she wants to confer the powers to them or not and he/she can also withdraw or modify and powers conferred to the courts of autonomous districts and regions.

Further in the Para 6, the Districts and Regional Councils can establish primary schools and other beneficiaries for the public and with the consent of the Governor they may prescribe the rules and regulations for them and may also prescribe the primary language which shall be imparted to students in primary schools. The Governor shall also tell the functions related to the subjects extended to the executive power of the state to the councils or their officer with the consent of district councils.

Under Para 7, it establishes District Funds and Regional Funds each for Autonomous Districts and Regions, the governor makes the rules of the management of these funds and the accounts for these councils shall be managed as prescribed by the Comptroller and Auditor General of India and they also will be managing audits of these funds.

Furthermore, in Para 8, the power to assess and collect land revenue and levy taxes on the subjects and objects prescribed under Sub Para 2 and 3 is given to the district councils and regional councils.

Under Para 9, it says that the share of royalties from licenses and leases shall be negotiated and decided by the State Government and the District council if any dispute arises then the government by his/her discretion decide the amount of share.

In the 10th Para, it gives power to the district council to make rules and regulations for money lending and trading for non-tribal residents of the area as necessary required, these shall need to be passed with three fourth majority in the district council and then should be assented by the governor and it shall not have an effect on those carrying their businesses before such regulations.

Under the Para 11, it is made clear that all rules and regulations shall only come into force when it is published in the Official Gazette of the State.

Under the Para 12AA, the application of the law in the autonomous districts and regions in the state of Tripura has been specified and it is the same to that of Assam under the Para 12 and then further the same in Para 12 B for the state of Mizoram. The receipts and the expenditures of an autonomous district are to be paid from the consolidated fund of the state and should be shown in the annual financial statement laid down in the legislature of the state as per article 202.

Under Para 14, the governor has the power to any time call a commission with defining its mandate which shall inquire into matters of administration of the autonomous districts and regions, the report then submitted by the commission shall be laid down in the Legislature of State.

In Para 15, the governor has power to suspend an act or a resolution of councils, if he feels it threatens the safety of India and shall take appropriate action including the suspension of the council for twelve months until revoked by the legislature of the state if they are not satisfied by the reasons provided by the governor.

Under the Para 17, the governor has the power to exclude any area from an autonomous district for constituting to be a constituency for reserved seats election to the State Legislature.

Under Para 20, the list of areas constituting to be the Scheduled and Tribal areas is given for the states of Assam, Meghalaya, Tripura, and Mizoram.

In Para 21, the rules for the amendment of the sixth schedule is given which is same to the rules of an amendment to that of the fifth schedule.